In response to recent COVID-19 concerns, we are writing to assure our clients that we are taking recommended precautions. We take safety seriously, both yours and our own, and have in place a system for protecting all of us against transmission of disease, such as COVID-19. We use personal protective equipment as advised by the government and our regulating body, and frequently disinfect all surfaces that have been in contact with patients. We have social distancing protocols in place, and ample space for waiting without close contact to others. We have extended appointment times to enable time for disinfection between each appointment, and we offer optional video consultations for everyone, especially the vulnerable. The clinic provides hand sanitiser in all waiting and consulting rooms and in the lobby. We advise people to not bring friends or family along to the clinic at the present time in order to minimise social contact.

Would you like to switch to the accessible version of this site?

Don't need the accessible version of this site? 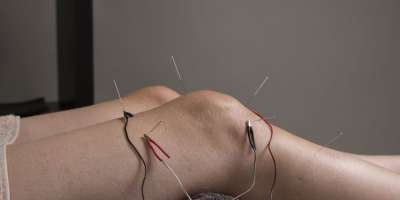 Acupuncture involves the insertion of very fine, sterilised and disposable needles into specific points on the body. Traditional Oriental theory views the body as an energetic continuum( which it actually is ), and believes that stimulation of these acupoints can normalise energetic disturbances and thus improve overall health and well-being. Western Acupuncture, also known as Medical Acupuncture, is based on Traditional forms, and uses the same points, but is more formula-based, and is explained not by energetic effects, but rather on neurophysiological and physical effects. Andreas uses both Traditional and Western approaches, ranging from moxibustion to electro-acupuncture.

Andreas originally trained in Traditional Chinese Medicine( TCM ) Acupuncture, at the British College of Acupuncture in London, with a strong emphasis on TCM principles in diagnosis and treatment. Later on, he studied Manaka-style Japanese acupuncture as he found that many Japanese systems used much finer needles, lighter stimulation and more superficial insertion, all of which add up to a more comfortable experience. Andreas has also completed post-graduate training in Japanese Toyohari acupuncture, and Shonishin paediatric acupuncture, both of which involve mainly contact needling and specialised instruments, rather than insertive needling. Traditional acupuncture is based on making a diagnosis founded on principles of Traditional Chinese Medicine, or ancient texts from the orient. Esoteric concepts, such as those of Yin and Yang, Qi, Blood and Body Fluids are used as a metaphorical framework for effective prescription of acupuncture points.

Andreas has also trained in Western acupuncture, and sometimes uses electroacupuncture, which means that small electrodes are attached to the inserted needles, the current stimulating the needles constantly. This can be very useful for painful conditions.

Segmental acupuncture involves inserting needles into points that have a direct neurological relationship with the diseased or dysfunctional area, and is thus based on Western scientific principles and diagnosis.

Moxibustion involves the burning of a dried herb( artemisia vulgaris ). This can be used to gently heat a needle, or to heat the skin directly over an acupuncture point.

Auricular, or ear acupuncture, is self explanatory, and obviously involves using very small needles on specific ear points. These are often used to augment the effect of body points.

A traditional acupuncture consultation is very similar in its structure to a consultation with any other health professional.

To start with, a comprehensive history of the patient's health problems is taken and recorded. The primary complaint is elucidated first, followed by detailed questions about other bodily systems, ranging from ears to gynaecological issues.

Questions about past medical history and family history come next, and details about lifestyle and medication use are recorded.

Physical examination according to principles of Traditional Chinese Medicine involves the following:

Inspection and observation for skin colour, hue, general luster, posture, movement etc. The patient's tongue is often observed for colour, size, and coating, and other characteristics.

The acupuncturist will listen to the patient's voice and breathing, and may even note any particular odours.

Palpation( feeling ) various areas of the body, such as acupuncture points or channels, areas on the abdomen or back, is important. The pulse is felt, usually at the wrists, and rate, depth, strength and other qualities are recorded. So-called six-position pulse palpation may be carried out as described in the ancient texts.

Eventually, all the information that has been gleaned from the examination is gathered, and a diagnosis is made using principles of traditional medicine. This is usually expressed as a "pattern of disharmony" and sounds very different from a western medical diagnosis. It is important to understand that this diagnosis is a metaphorical expression of the patient's signs and symptoms that is used to prescribe a hopefully effective acupuncture treatment.